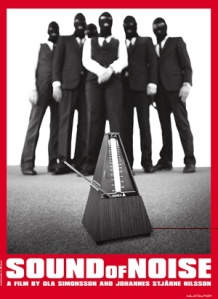 The idea of a Swedish Cop Musical isn’t that appealing to me, but after a bollocking from Colin about being a bit less negative regarding some of these films, I promise to keep an open mind.

What I would say is that looking at the footage of this on YouTube, it’s a great looking film. With the exception of Grease I can’t think of another musical I’ve ever really enjoyed, but in the spirit of keeping an open mind, I will definitely consider this when the programme is announced.

IMDB Page for Sound Of Noise

Variety on Sound Of Noise

The Hollywood Reporter on Sound Of Noise

One thought on “Sound Of Noise”