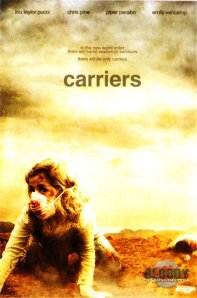 I quite like the look of this one. There’s not a great deal in the trailer to give too much away but it looks like a 28 Days Later-style Zombie film set in the desert.

The only issue I have is that I know for definite that I’ll be able to watch this at a multiplex near me soon, and the thing about Sitges is the ability to see films I would never get a chance to see usually (films like Primer and Arahan) so I think this one will be on the ‘films we’ll see if there’s nothing better on’ pile.