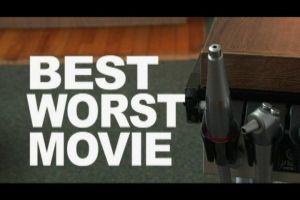 We’ve never seen any of the Troll films and I get the impression we haven’t missed much but we’re suckers for documentaries about filmmaking.

It’s won awards at pretty much every festival it’s been shown at, my only issue is that it’s in the Midnight X-Treme section and being a bit of a lightweight I tend to struggle to stay awake through the later films (particularly after a few beers / wines).