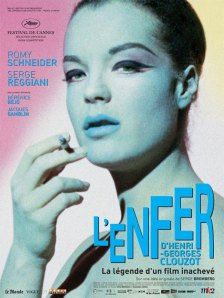 This film is a part-documentary, part-recreation of a film called Inferno by Henri-Georges Clouzot that was never finished. Having never heard of the director nor seen any of his films, I would have said there was no way in the world I would be bothered about seeing this film. Then I saw the trailer, and it had boobs in it!

Joking aside, I do think this looks quite interesting and I would guess that if there’s nothing else that I’m desperate to see on at the same time, I’m quite prepared to give it a go.

The Auteurs On L’Enfer D’Henri-Georges Clouzot