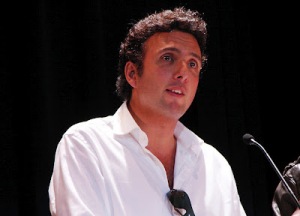 The big news from Cannes is that one of the Top Men at the Sitges Film Festival, Mike Hostench, has sold a script for his film Asmodexia to new Spanish Low-Budget Horror company MS entertainment.

You can read a little more over at BLOODY DISGUSTING, I think it may well be too soon to expect a screening at this year’s festival, but who knows? Maybe we’ll get to see an early cut as a surprise midnight screening.